Best Things about Running of the Bulls – Our Top 10

There really is nothing like the San Fermin Festival – a festival every traveler should experience once in their life, or twice if lucky.

1) The Running of the Bulls 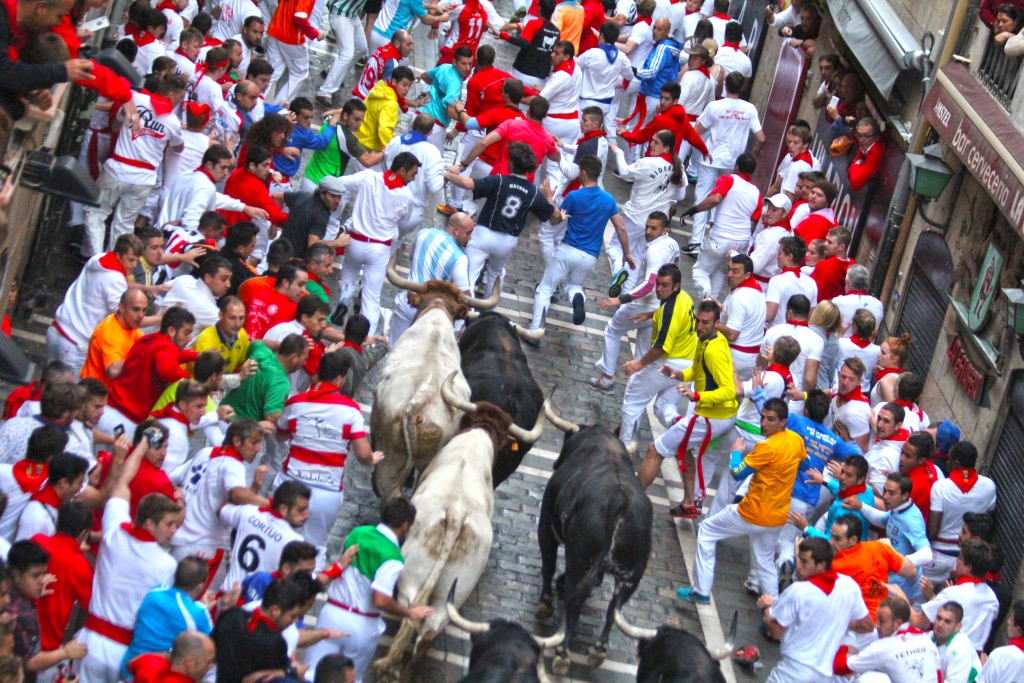 A view from our balcony for the Running of the Bulls

Simply put, there isn’t anything else like it in the world.

Although the run only lasts a matter of minutes, but the imagery lasts a lifetime. Thrill seekers from all corners of the world come to this small Spanish town to live out a lifetime accomplishment. You watch with intrigue, fear, excitement, concern – emotions that you probably can’t explain because you’ve never seen anything like this before. We highly suggest you watch the run from an elevated vantage point. 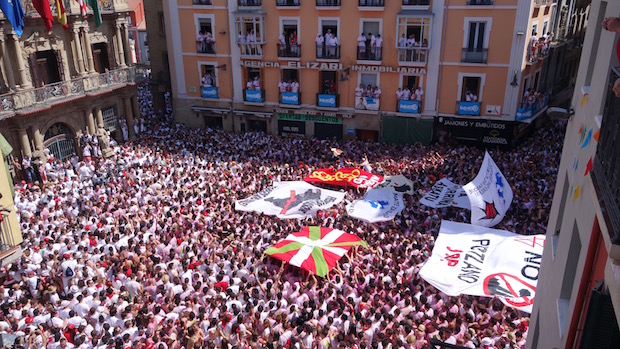 These two events serve as the respective Opening and Closing Ceremonies during the San Fermin Festival. The Chupinazo is a 24 hour extravaganza, full of debauchery and a wild party scene. A simple internet image search will more than confirm this. The Probre de Mi is a much calmer scene, based around a candlelight ceremony and epic fireworks. While standing on opposite ends of the pendulum, each serves as a unique bookend to the 8 days in Pamplona. 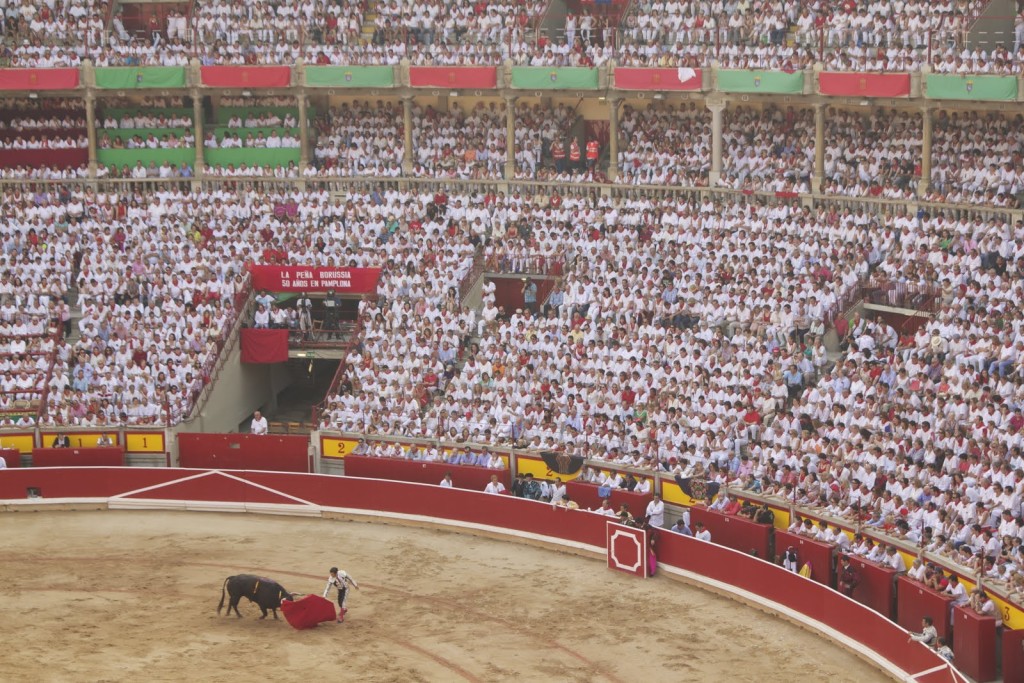 A night at the bull fights

With each passing run of the bulls, there is a bull fight that evening featuring the exact same bulls that run that morning. From roughly 9 AM to 6 PM, they are rested at the arena, and some put up a better fight than others. We’ll be up front here: the bulls do not survive the day and are killed in front of your eyes. Needless-to-say, while the fight isn’t for everyone, we find the atmosphere to be just as entertaining. The crowd is an incredible source of chants, cheers, boos, food fights – perfectly coinciding with what is going on in the ring. Marching bands fill the arena like a college football game, and the crowd belts out every word. While we can by no means guarantee it, there is nothing like a matador receiving the highest honor in the ring. This only happened once in the Summer of 2013, but the matador put on a dramatic show and was given a 10 minute ovation that gave you chills. You never know what you are going to see at the fights, but you should expect to come out covered in sangria.

Whether is the the constant toast of “Viva San fermin!” or the four rockets that signify the beginning and end of the run, there are dozens of little quirks about the festival. There is the Parade of Giants and Big Heads, which is exactly what it sounds like. There is the traditional Basque attire of red and white, while not mandatory, is highly encouraged. There are the sangria fights, the water baths, the running of the nudes – you should be prepared to see some strange stuff throughout your trip. Odds are, you’ll see something that you’ve never seen before, and will never see again.

We’re confident in proclaiming that anytime during the 192 hours of the San Fermin Festival, there is a group singing or a marching band playing in the streets. Odds are, you probably won’t recognize the majority of the traditional Spanish songs, the artists take a lot of pride in their music and sound great. When you think about it, there aren’t many American drinking songs that everyone knows. That doesn’t apply to Spain, where generations all know the same melodies, and you hear them coming from every corner. Throw in that the bands play all day, every day in the streets throughout the city streets – it’s like you have a soundtrack provided for you as you amble around. 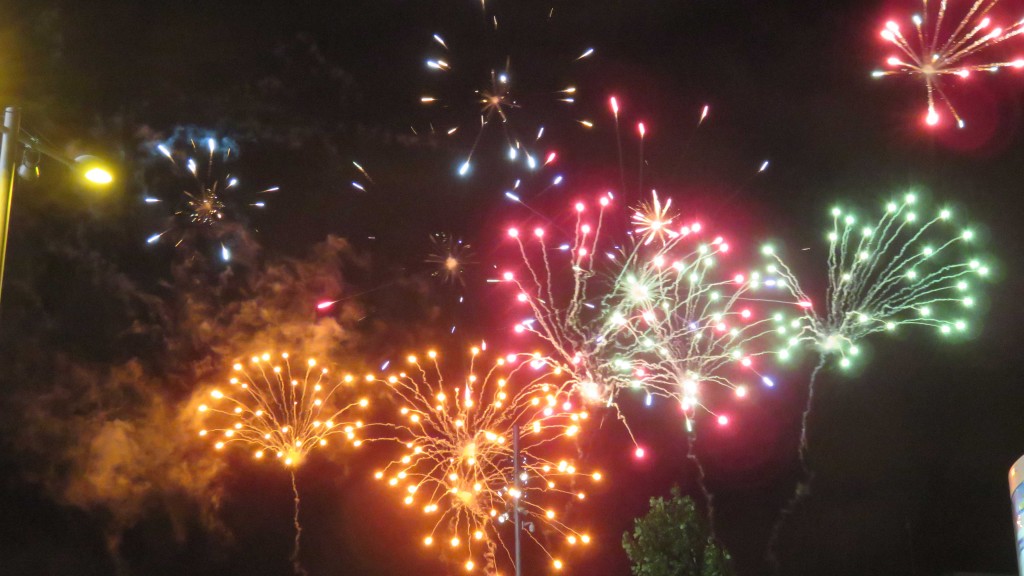 Each night during the San Fermin Festival, there is a grand scale fireworks show over La Ciudadela. The city doesn’t cut corners on this one, and each night offers a new choreography to lessen the repetitiveness. Since Pamplona has very few tall buildings, you can see most of the show from anywhere in old town.

While music is perpetual during the festival, there are two massive stages featuring live bands every evening. The genre of music is very diverse, but it’s incredible how much American influence there is in the music scene – especially Motown. The bands have a big sound (Spain loves their brass) and sound great. And they are FREE! 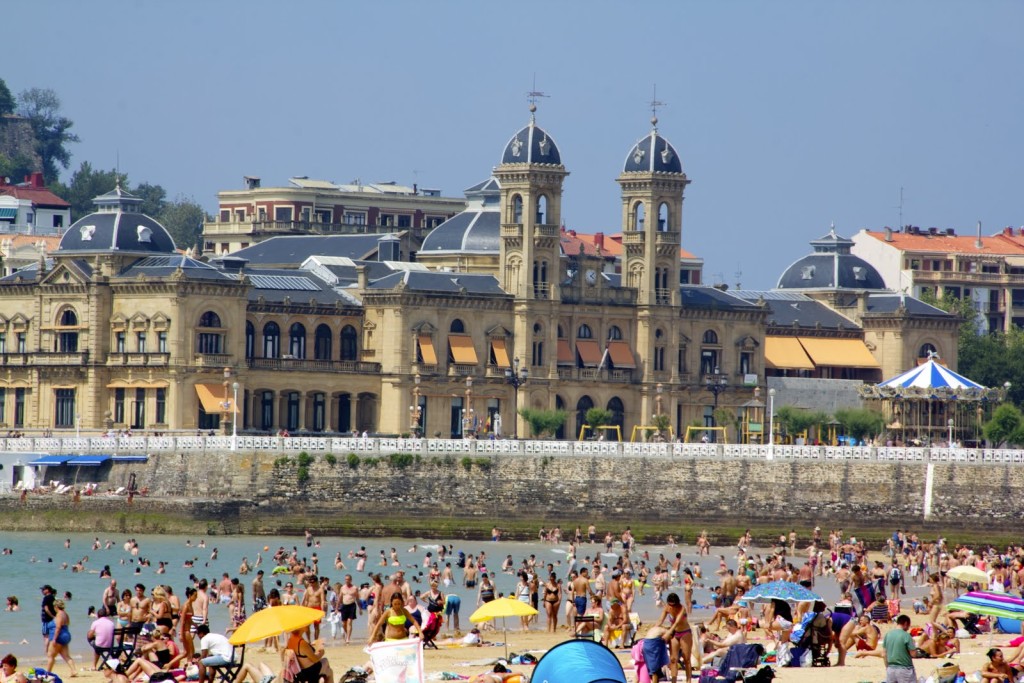 A view of the beach in San Sebastian

Located a mere 50 miles from Pamplona, the beautiful coastal city of San Sebastian is a highly recommended destination during your trip to Spain. Beautiful beaches, incredible architecture and perhaps the best food in Europe, you can knock out this lovely location in a day or less.

Every street hosts a series of beautiful squares full of bars and restaurants, and the two places we dined were among the best we’ve ever had. And we haven’t even gotten to the beach yet! The Bay of La Concha is a sight to see – a wonderful white beach with bright blue water. Keep in mind it is a European beach, so there are some European traits to expect..

In the opinion of our staff, a trip to San Sebastian is highly recommended during your trip to Spain. We would love to help make the proper arrangements for the perfect beach escape, from the best locations for swimming in the Bay of La Concha or the hidden gems among the plethora of delicious eateries. 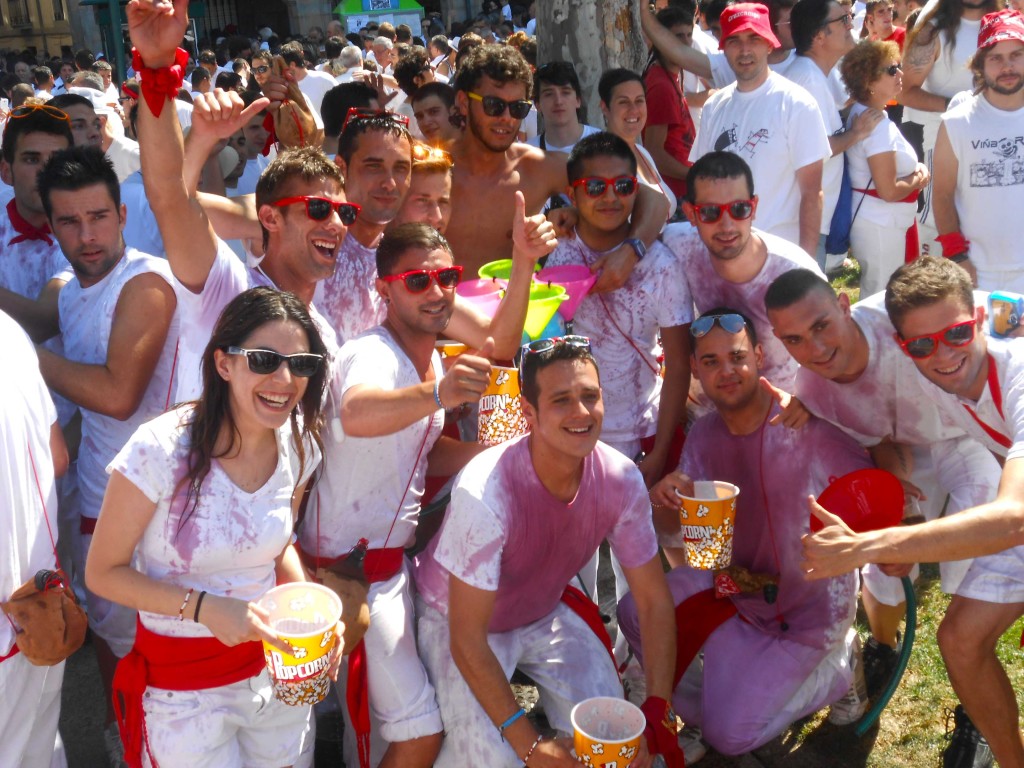 Whether you choose to drink or not in Pamplona, you are going to come into contact with Sangria. It’s everywhere, both being consumed and used as a prop in the celebration. By the end of your trip, you will know Don Simon brand Sangria like it was a relative. 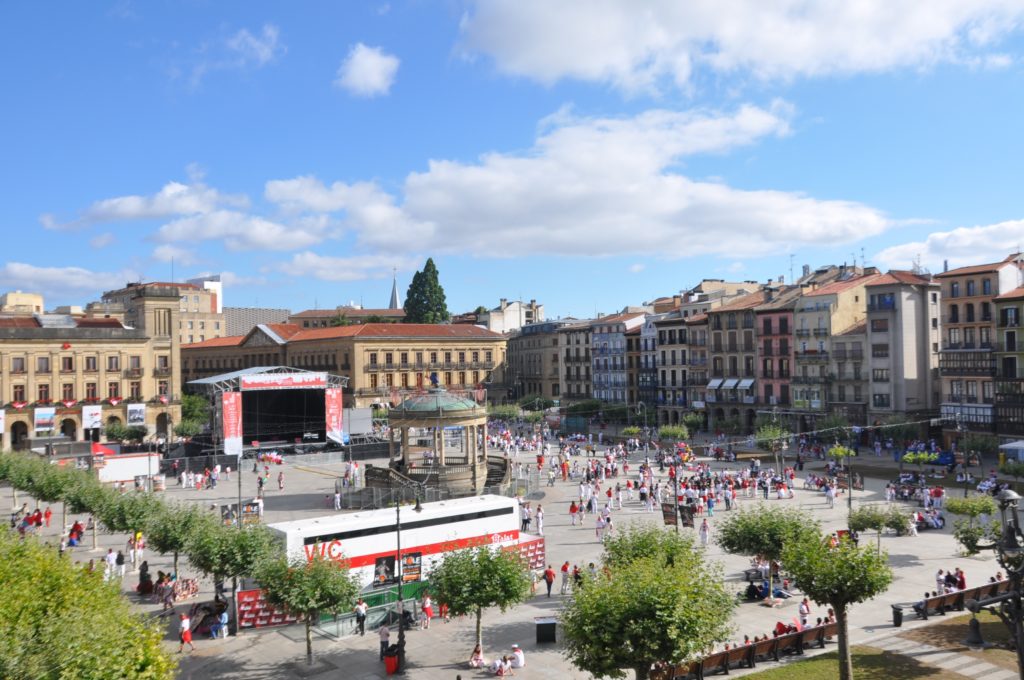 The main social square of the old town, this plaza is host to a plethora of famous bars, restaurants, clubs, and casinos. This area was the main haught of Ernest Hemingway, and every business seems to claim that they were his favorite! This is also the location of one of the stages for the nightly concerts, so this is one to more popular after hours locations.