What to Know Before Your Trip

How to Plan for your Trip to Pamplona

We are basically considered locals in Pamplona! If you are a first timer, don’t sweat! Here are a bunch of tips you’ll want to know before you go! 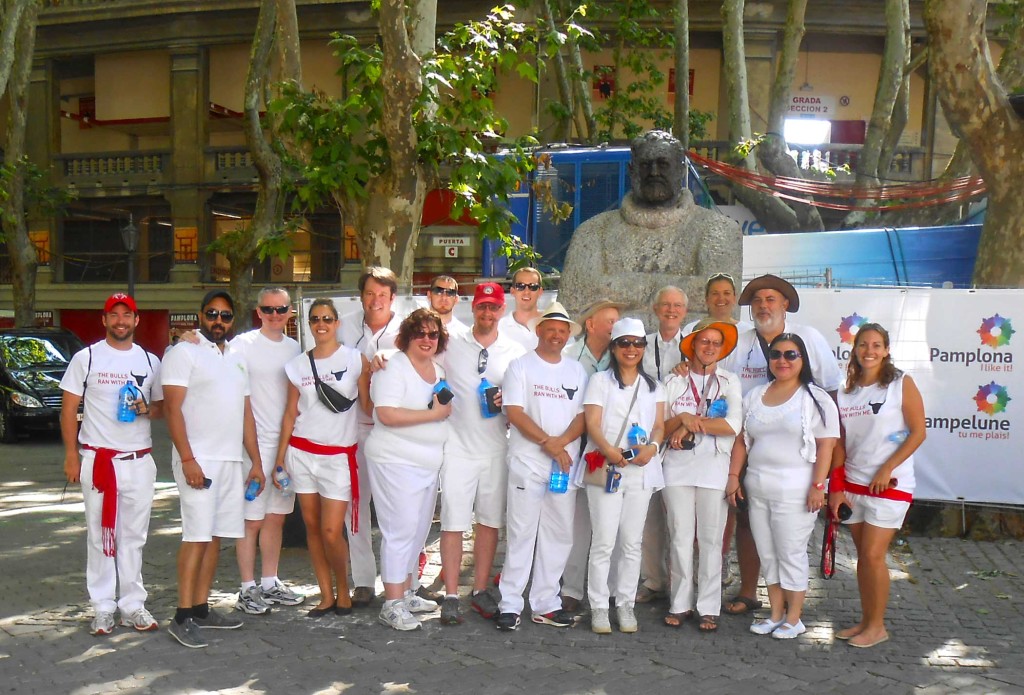 What to Wear in Pamplona

Pamplona attire consists of white, white and MORE white! Everyone in town wears white the entire time. Your tightey whiteys are sure to get dirty though, so it’s best to bring a couple white t-shirts that you don’t care about throwing away. There is an abundance of places to purchase white gear in town though, so if you do forget them you’ll still be able to fit in. In addition, because you are part of the Ludus crew you will be provided with some traditional Pamplona garb as well!

Visitors to Spain must have a valid passport. Please be aware that in the US there is a large backlog for passport requests and we strongly urge you to apply for a passport sooner rather than later as they can take weeks if not months to arrive. You can apply for a passport at your local post office. When traveling around the city, carry a copy of your passport with you, NOT the actual document. The risk of it being set down and forgotten or (much more unlikely) stolen is far greater than leaving it at the hotel. The hotels we have used year in and year out have been traditionally safe. It is also a good idea to leave a copy or two with a friend or family member at home.

Citizens of the US, Australia, New Zealand and the European Union countries are not required to obtain a visa to enter Spain unless you plan to stay longer than 3 months in the country.

Spain uses the Euro, a currency found throughout most of Europe. Many travel books will suggest bringing travelers checks, which we strongly advise against. The best route (and the best exchange rate) is to wait until you get to the country and use your ATM/debit card (don’t forget your PIN) to take money out there. Many stores and restaurants also accept Visa, but it is also a good idea to get cash from one of the many 24-hour ATMs. Before you leave, be sure to call your bank and advise that you will be using your card in Spain. To check out the current exchange rates, click here.

The primary language of Spain is Castellano or Castilian Spanish, the Spanish with which we’re most familiar. Spain actually has four official languages:Castellano, spoken by nearly all Spaniards, Gallego found in Galicia in the northwest, Vascospoken by the Basques in the Pyrenees regions of north-central Spain and southwestern France, and Catalan found in Valencia, Barcelona and the tiny neighboring country of Andorra. Though many Spaniards speak English in tourist sites, hotels, and restaurants, a good portion do not.

Like much of Europe, Spain uses 220V, 50 Hz alternating current, which is compatible with United Kingdom 220V but not US 110V applications. You’ll either need to use dual converting appliances (it will say somewhere on it if it’s dual converting), or you will need a transformer that you can buy at a travel shop or Radio Shack type of store. You will also need an adaptor that fits the European plug, which can be purchased at all travel shops and most department stores such as Target.

Spanish cell phone service is compatible with GSM phones, but beware that international rates can be extremely high. The best solution if you want a cell phone in Spain is to purchase a prepaid SIM card which you can insert into an overseas GSM phone. You’ll be given a local phone number, and you can “reload” or “add minutes” by purchasing vouchers at magazine stands and convenience stores. Rates back to the US cost about $0.50 per minute and are much less within the country.

Internet cafes are scattered around Central Pamplona and generally cost 2-3 euros per hour. Many hotels also offer complimentary Internet service, either by WiFi, ethernet or a public computer.

Spain’s train system, RENFE, offers a large network of fast trains to most cities. You can purchase train tickets from town to town online at RENFE’s Web site. Large cities such as Madrid and Barcelona also have a complete metro system, and almost all towns have buses. If you’re feeling brave, you can always rent a car! 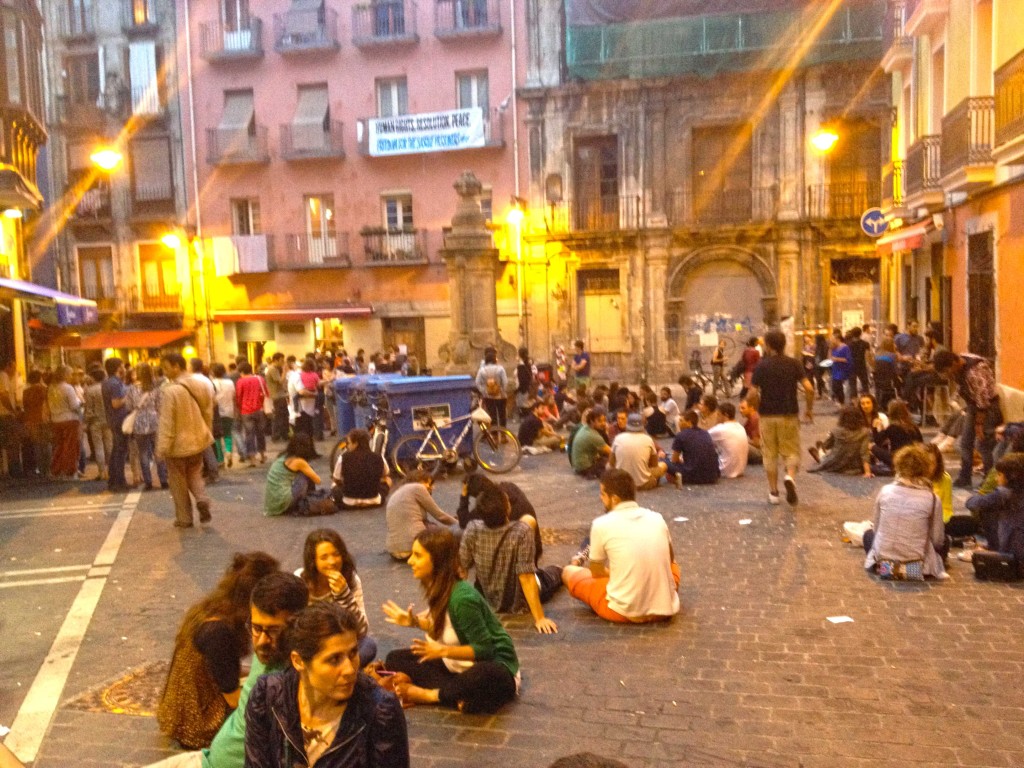 Spaniards are a very vibrant, colorful people and tend to be direct yet polite. Things go a bit slower in Spain—so relax, you’re on vacation! At restaurants, bars, cafes, etc. they will not bring you the check unless you ask for it (in fact, it’s considered rude to do so)…so when you’re ready to leave and pay, make sure you make eye contact with the waiter and request the check (“la cuenta”).

A service tip is usually included in the bill you will receive at most sit-down restaurants, but if you felt the service was exceptionally good you can round up to the nearest euro or leave up to 10%.

Next Page: Getting to Pamplona ->