Running of the Bulls is just one part of Sanfermines

Brought to the attention of the English-speaking world by Hemingway in The Sun Also Rises, Sanfermines is probably the most famous festival in Spain. This 9-day festival runs the same dates every year, from July 6-14 in the city of Pamplona, Spain. 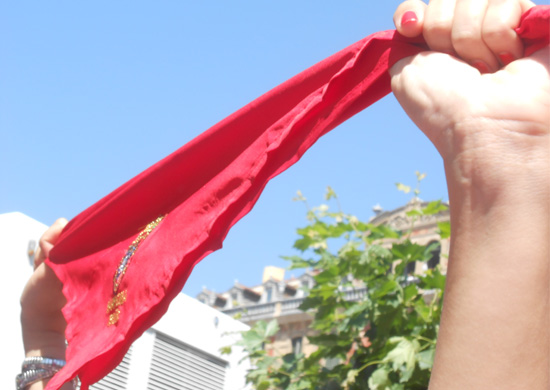 According to historians, the Sanfermines were not born spontaneously but arose out of the combination of three separate fiestas: those of a religious nature in honor of San Fermín, the commercial fiestas organized from the XIVth century and the celebration of bulls which were centered on the bullfights. Originally, the fiesta San Fermin was held on October 10th, but has since changed to July 7th for chances of better weather.

From Wikipedia, “Its events were central to the plot of The Sun Also Rises, by Ernest Hemingway, which brought it to the general attention of English-speaking people. It has become probably the most internationally renowned fiesta in Spain. Over 1,000,000 people come to participate in this festival.” 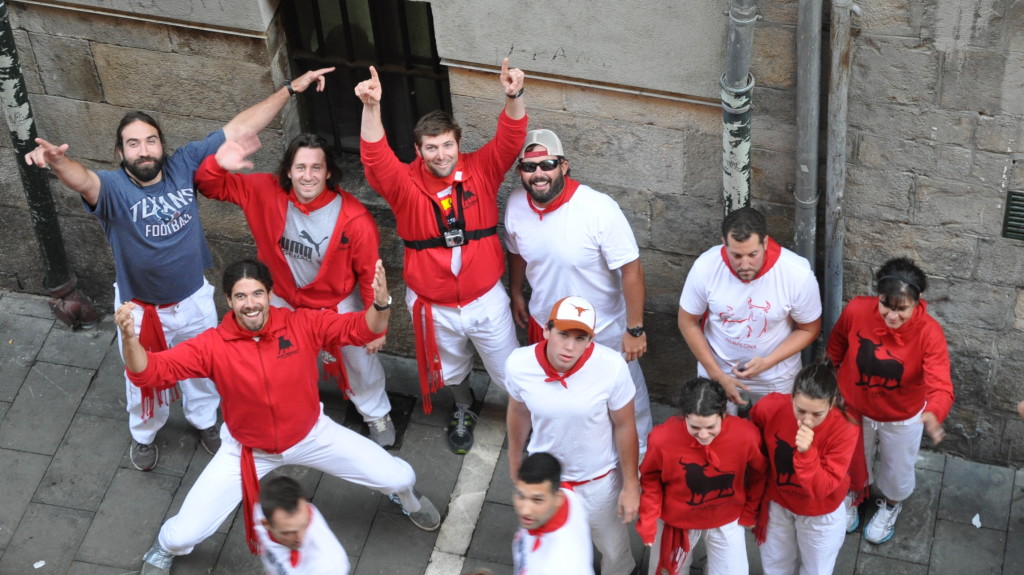 Some of guests waiting to Run with the Bulls

The Running of the Bulls

The bull run is the most well-known part of the Sanfermines festival, and it’s the reason why so many strangers make their way to Pamplona every July. Runners lead the group of bulls along an 825 meter stretch (half a mile) of walled-off streets. They begin the race  from the Santo Domingo corrals to the bull ring, where the same bulls will later take part in a bull fight. A total of six bulls are “run” as well as two herds of tame bulls every day.
Runners gather at dawn before the streets close off, and a few minutes before the race starts they entrust themselves to San Fermín: “We ask San Fermín, as our Patron, to guide us through the Bull Run and give us his blessing.”  The chant is repeated three times before the St. Fermin statue located on the Cuesta de Santo Domingo at the beginning of the route.

At 8:00 a.m. sharp the first rocket is launched, announcing the opening of the gates of the small corrals of Santo Domingo, while the sound of the second rocket indicates that all the bulls have left the gates. The bulls then reach a 90 degree closed corner that forces the bulls onto Calle Estafeta, the longest part of the route. At the end of Telefónica stretch, the bulls head down a narrow ramp into the bull ring.  Once all the bulls have entered the bull ring a third rocket goes off, and a fourth indicates that all 6 bulls are in the corral..

Man, that was a close call

The run lasts for an average of three minutes, though it can be prolonged if any of the bulls get separated from each other. Although all the stretches are dangerous, the curve of the Calle Mercaderes and the stretch between the Calle Estafeta and the bull ring are the most risky.

All sections of the route are overlooked by a large number of security guards and first aid assistants. Since 1924 a total of 15 people have died and more than 200 been injured by the bulls. The most recent occurence was 2009, while the previous death before that was 1995.

See our video compilation taken the Summer of 2013 here. 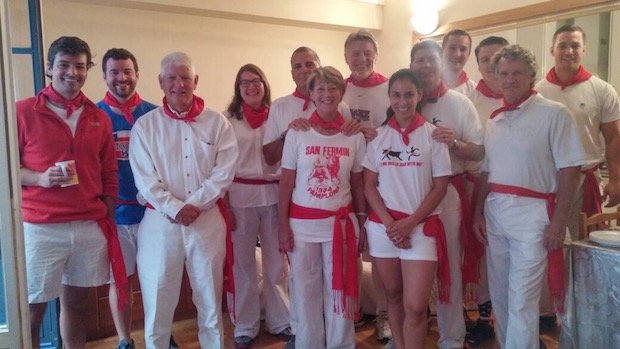 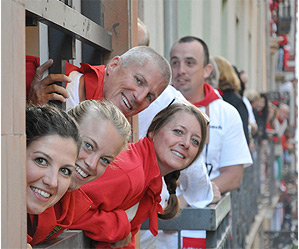